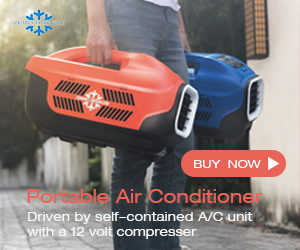 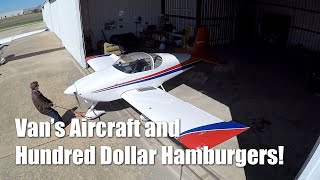 What a great combination, Van's RV Aircraft and Hamburgers! Join us as we Fly Gene's RV-7A from McKinney National Airport to Sulphur Springs Airport, to grab a burger at The Red Barn Cafe!

"GREAT Fly in / Drive in destination. Identifier changing to BQ1. 13/31 - 2500' paved with grass strip on left of 13. CTAF 122.9 unmonitored. Plenty of plane parking on grass. Great food and aviation atmosphere with large covered eating area outside and comfortable seating inside. Great view of runway and full size P40 mockup. A nice weekend day will see 15+ aircraft flying in." - Submitted by Dick Kruse.
Got Comments?

The Empire State Aerosciences Museum ESAM, 250 Rudy Chase Drive, Glenville, NY 12302, has reopened to the public on Fridays, Saturdays and Sundays from 10 am - 4 pm. ESAM has reopened its doors to the public, after a 4 month closure in an effort to mitigate the spread of Covid-19. In step with guidelines from the New York State Department of Health and the Center for Disease Control, ESAM has developed a plan to ensure the health and safety of visitors and staff. The Empire State Aerosciences Museum is a one-of-a-kind cultural resource located at the Schenectady County Airport in the Town of Glenville, at the site of the former General Electric Flight Test Center. Dedicated to interpreting aviation, particularly as related to New York State, the museum offers visitors a variety of enjoyable and educational experiences, including interpretive exhibits, a spectacular collection of restored aircraft, the State's largest aviation library and an airpark with over 20 aircraft! Exhibits include the enemy aircraft in the film Top Gun, a 13th scale model of the Japanese aircraft carrier Akagi built for the film Tora, Tora, Tora and a mockup of Amelia Earhart's Lockheed 10, used in the TV movie The Final Flight starring Diane Keaton. Fly-In if you would like. Pilots: Tower Frequency 121.3 Ground 121.9. Land at Schenectady County Airport and taxi to Richmor Aviation North. Tell them you are going to ESAM. 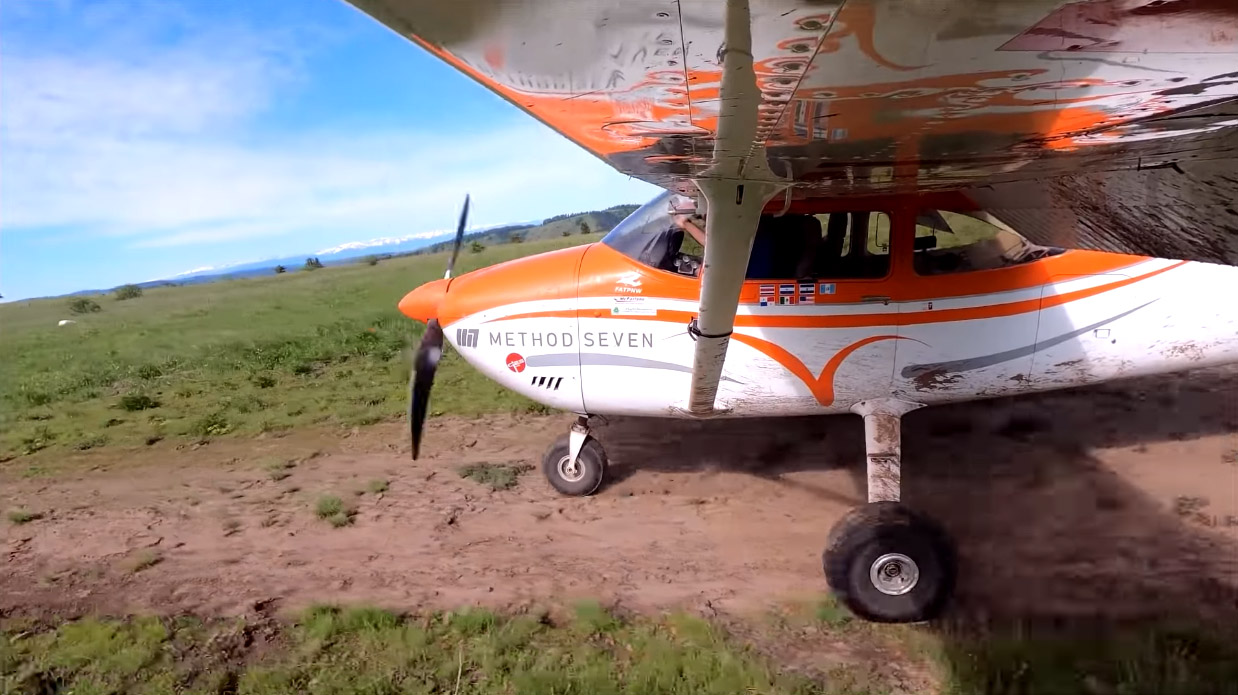 The importance of energy managment and speed control for pilots. 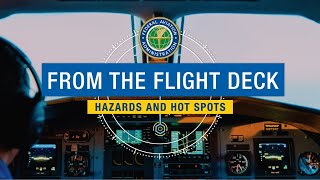 Wrong Surface operations are a serious and continuing issue at airports throughout the National Airspace System (NAS). The majority of these incidents involve general aviation aircraft and pilots. This video focuses on wrong direction intersection takeoffs, describing the risks associated with them, and demonstrating various strategies and tips that will help pilots avoid these situations. 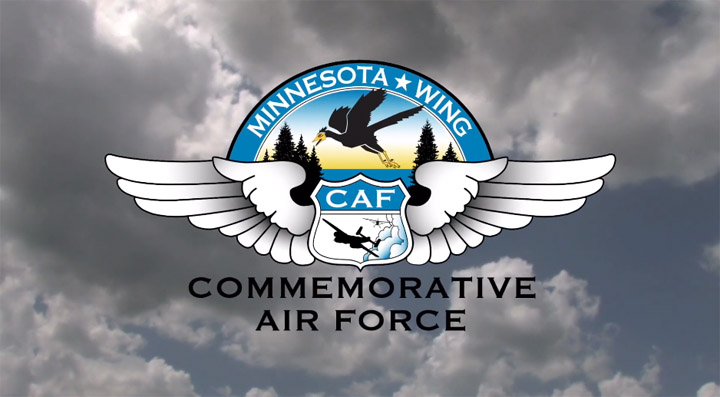 This year has been a tough year for a lot of people. We've seen many businesses and non-profit groups close their doors due to COVID-19. We are so grateful to have so much support from the community, both here in Minnesota and online to help keep us moving forward to honor, educate, and inspire future generations. 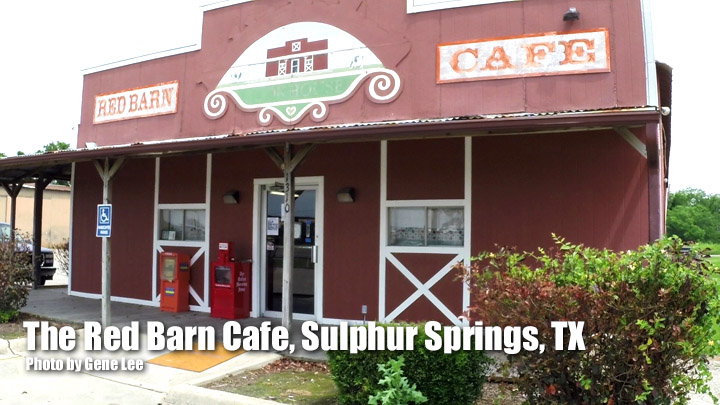 "A really nice airport and a short walk to the Redbarn Cafe, which is just across the street from the airport. Friendly folks and a great burger! The airport has a beautiful approach over a lake and a really nice FBO." - Submitted by Gene Lee.
Got Comments? 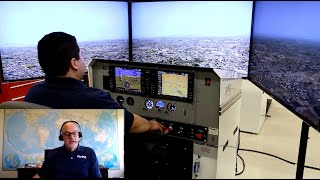 No AirVenture this year, but AVweb is conducting a series of interviews with people and companies we would have talked to had we actually been there. Part 1 features John Frasca of Frasca International, the pioneer company in aircraft simulation of all sizes.

"GREAT place to fly into. Outside dining, reasonable prices and nice people. The airport has some of the neatest old planes in open hangars which you are welcome to check out and take pictures. Runway is long and in great shape - just be aware of the glider traffic and make sure to give the landing gliders priority." - Submitted by N5903C.
Got Comments? 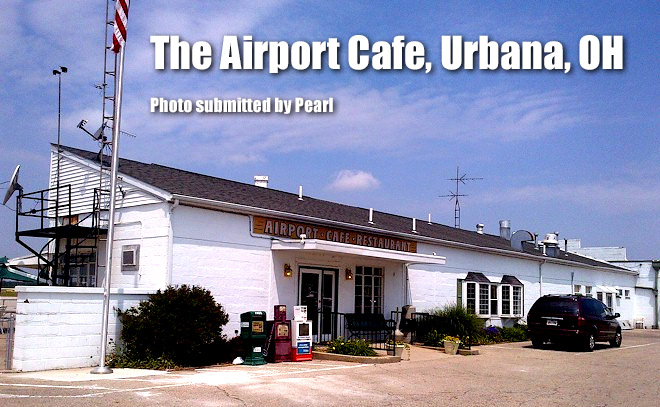 "Good food, homemade pies & cakes, cheap prices. Come down from the sky for a piece of pie!" - Submitted by Bob Huber.
Got Comments? 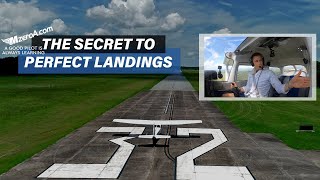 In the month of August, we will review tips to help you improve your landings. The first video in this series is Slow Flight Down The Runway. 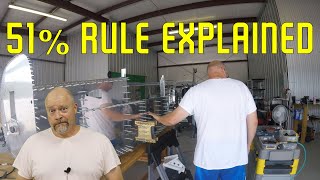 In this video I go through and explain the 51% rule as I understand it and then go on to work on the skins. 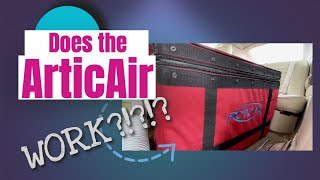 This video shows real world how it's designed to work. 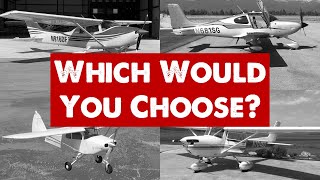 Airplane Academy - Buying my first airplane seemed like a pretty ambiguous task until I was given the advice to determine what average MISSION I would need the airplane to accomplish. Once I understood this idea and was able to forecast my average mission, picking out an airplane became a lot easier and I've been incredibly happy and blessed with my Cessna 182. 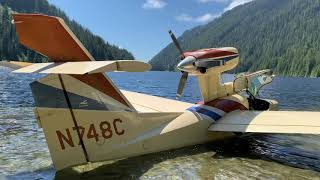 An amazing day condensed into about 5 minutes. 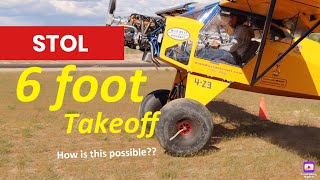 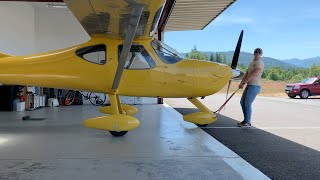 MY NEW PLANE!!! - Walkaround and Flight in Woodstock the GlaStar! - Amy White

Amy wanted to make this video for the curious souls that may want to see more of the GlaStar. First, some up close video of the Star and then a fun little flight to note some of the initial performance and handling characteristics. 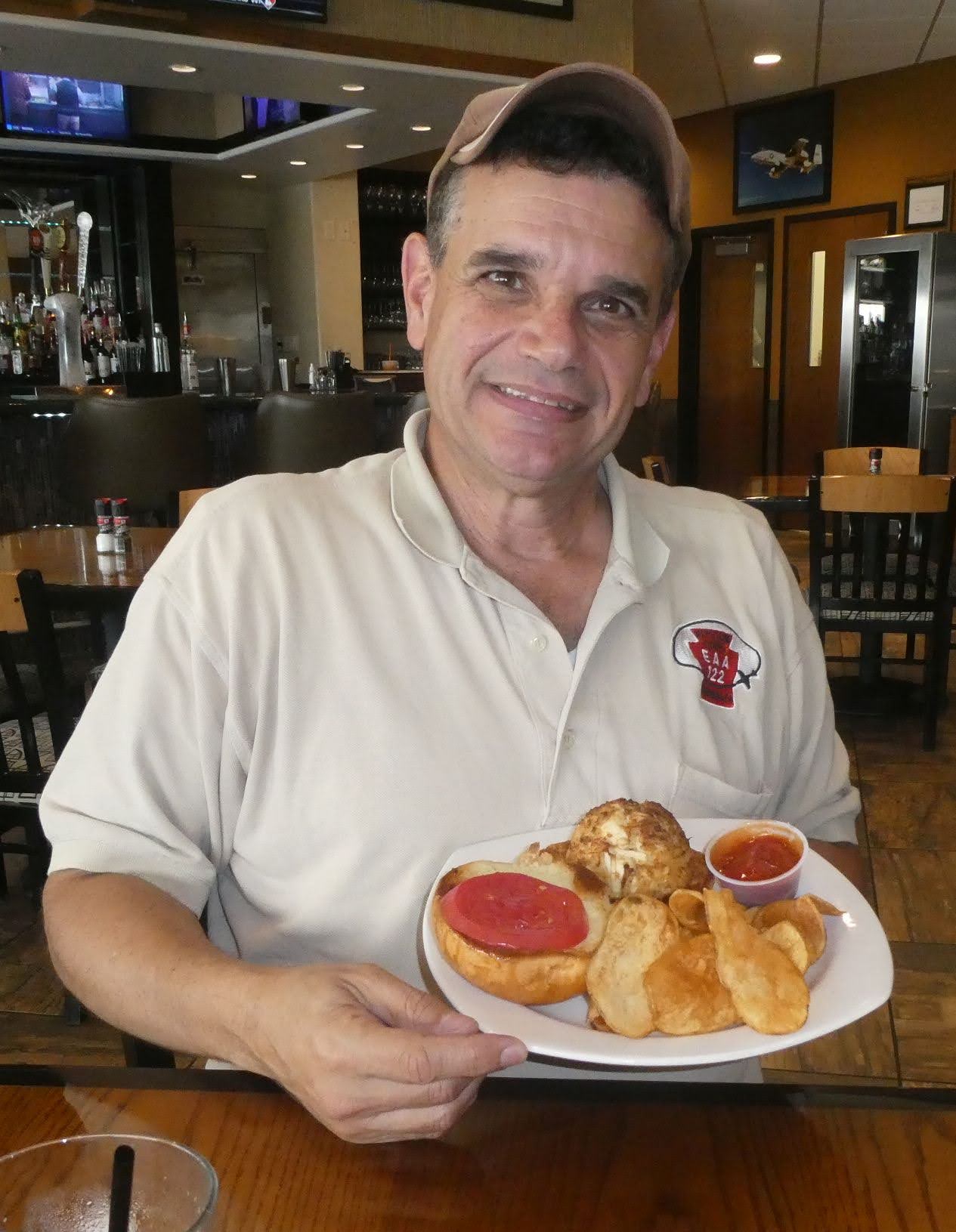 "Crabcake at Runways!" - Submitted by Michael A. Marra.
Got Comments? - Got Photos? 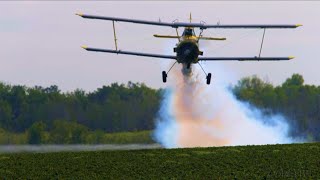 Low-level maneuvering, close proximity to trees and power lines - ag flying is not for the fainthearted. Eagle Vistas' Randy and Beverly Berry make it their mission to improve training for pilots eying this particular career track.

Join Aviation101 on a flight from Orlando to North Carolina.